At 1642 on 12/19/2014 Valley City Fire Department was dispatched for a Commercial Structure Fire and reported explosion at 5927 Center Rd. A second alarm was immediately requested. The first unit arrived on scene at 1647 and found heavy fire in the rear of the structure. The fire was quickly knocked down before it was able to spread to the rest of the building. The building sustained heavy fire damage in the rear and smoke damage throughout the second floor.

Valley City Fire Department would like to thank the following departments for their assistance at the fire. Brunswick Hills, Brunswick, Columbia, Erhart, and LST.

The Medina County Fire Investigation unit responded to determined the cause and origin of the fire. The cause was determined to be fuel leaking from a gas tank on a vehicle while repairs were being made. The mechanic was in the building at the time of the fire and sustained minor injuries. 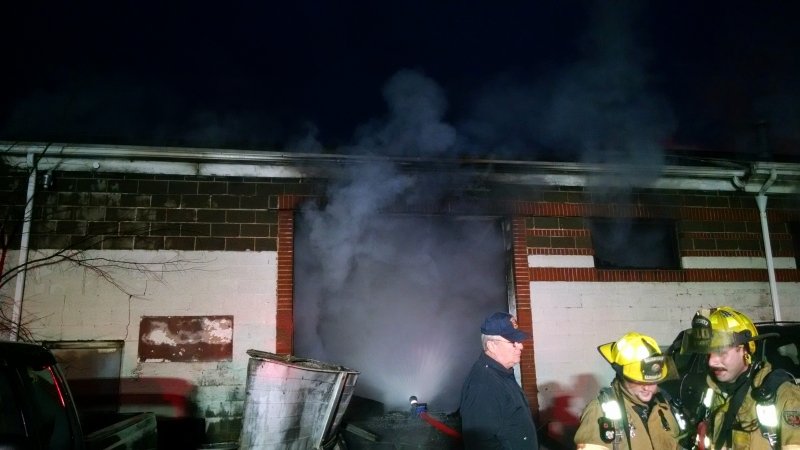